Spare Your Time in Brussels

If you got the opportunity to visit Belgium, make sure you spare your time in Brussels – which is at the level standard one of Europe’s premier cities. From year to year the city has become an interesting metropolis with amazing architecture and heritage. 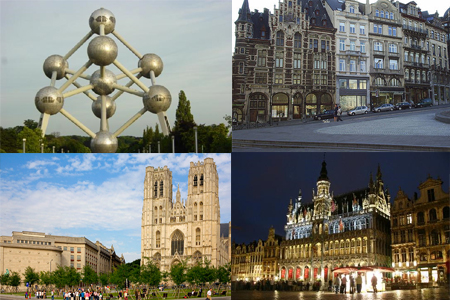 As the capital city of Belgium and the administrative centre of the European Union, Brussels is a vibrant and modern city which receives a lot of tourists and visitors daily. You will be surprised by the awesome vitality of the city centre. The city centre is itself divided into two main areas. The larger westerly portion comprises the Lower Town starting from the amazing Grand Place while up above to the east lies the smaller Upper Town which is home to the finest art collection in Belgium.

I guess most of us know about Belgian chocolates, but you can get more than that here – from comic books to costume jewelery.

One more interesting thing to know is Brussels is a wonderful place to eat – the traditional meals in home-grown restaurants are rarely cheap and there is great-value foods and options in many bars. And it’s time to taste the city’s delights by having peaceful dinner while enjoying the nightlife environment of Brussels.

In Brussels exploring the narrow streets on foot is more fun than getting snarled up in traffic. The city centre is enclosed by an inner ring road, which follows the course that the medieval city fortifications took. As the rail network is efficient, I suggest your go for this one as your transportation mode where Brussels also makes the perfect base for a wide range of day-trips.

Most of the key attractions in Brussels are crowded into a centre that is small enough to be absorbed over a few long days where its boundaries is largely defined by a ring of boulevards. One of the region’s most visited attractions is the battlefield of Waterloo which is now displays a peaceful scene of pastures and fields of cereals.

Some interesting places that you should not miss when visiting Brussels are:

Again, if you have the opportunity to visit Belgium, don’t forget to spare your time in Brussels and enjoy the moment!

View all contributions by Nasrul Hanis

Founder of Travel & Fly. Dreams to travel all around the world and meets various cultures, people and attractions! Visit my personal blog at AloneinHome.com.